Another year has passed, and I was once again lucky enough to work on some outstanding projects and share amazing times with very precious people. Kind, smart and sensitive people who touched my heart, and brought me back to life. I was simply given the chance to be in good company, and that counts more than anything else.

The project I am most proud of if the one that was used to generate the wishing card: Quantum of Sol-R. A good old (but still fast!) ray-tracer that makes use of real photons to improve the quality of the rendering. By using a random generator device based on quantum properties of real photons, the ray-tracer is now capable of using pure randomness to process light transport. God does play dice, and that’s good news to me. 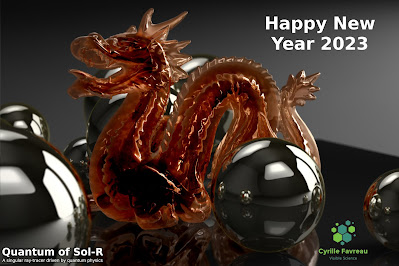 I am wishing you all a wonderful 2023. Take care of yourselves, and be kind to each other. We’re only humans after all.
on December 31, 2022

Quantum of Sol-R: A singular graphics engine making use of quantum physics

Ten years ago I wrote a graphics engine as a personal project, perhaps one of the first to want to access the Holy Grail of computer-generated imagery: real-time ray tracing.

To learn this extraordinary news that is the awarding of the Nobel Prize in Physics to Mr Alain Aspect sounded like a reminder. It's been a while that I wanted to integrate in one way or another a little quantum in my work, the opportunity to get started was too good. 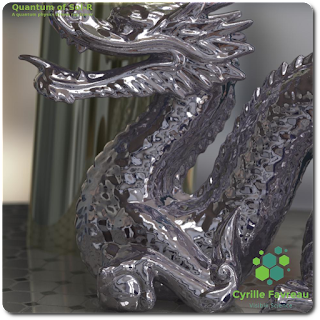 Quantum coincidence or not, I work in Geneva and the company ID Quantique happens to have its premises in Carouge, a 30-minute walk from my home. This company designs, produces and markets a random number generator based on the quantum properties of photons, and my graphics engine is in dire need of random numbers.

Better, it is the quality of the randomness which determines the beauty of the final image. What could be better than asking the best experts, the photons themselves, to help me transport light correctly in this virtual world?

The complete source code of the graphics engine is online, and available to everyone but I am still waiting for the Quantum device provider to allow me to make the code public. In the meantime, run it, modify it and improve it. The beauty of science is endless, it's up to you to bring it to light! (As if light could play a role in this world 😉 )

If it is still impossible for me to visualize the quantum world, perhaps it is given me now to be able to contemplate the random it creates. 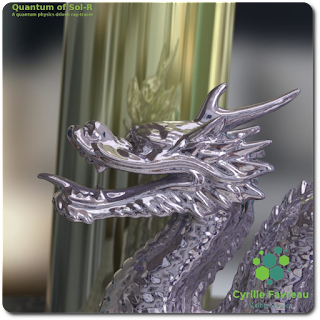 My work at the Blue Brain Project is all about scientific exploration.

Exploration relies on building software that combines data integration, analysis and interactive visualization to build, modify and navigate through large scientific datasets. For this, Blue Brain built and open-sourced the Blue Brain BioExplorer.

The Blue Brain BioExplorer (BBBE), which started as an internal project, is now open source. It was originally developed to answer key scientific questions related to the Coronavirus as a use case and to deliver a visualization tool.

Today, the BioExplorer allows to reconstruct, visualize, explore and describe in detail the structure and function of highly-detailed biological structures such as molecular systems, neurons, astrocytes, blood vessels, and more. You can see the first application of the BioExplorer in ‘A Machine-Generated View of the Role of Blood Glucose Levels in the Severity of COVID-19’ study.

The human brain is the most complex object we know of and the one that raises most questions in the fields of both science and philosophy. Brain(s) looks at how, throughout history, art, science, and philosophy have studied and represented this fascinating organ 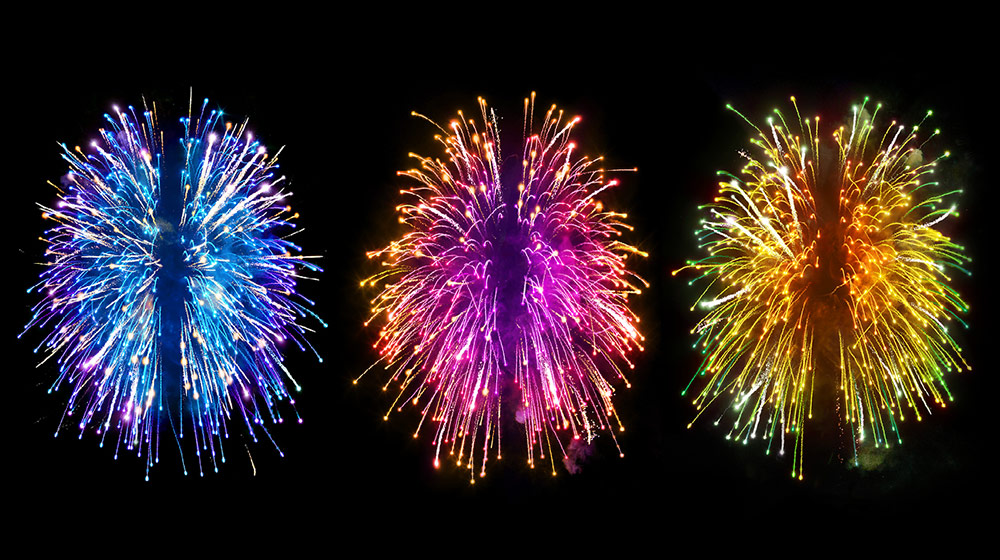 I am proud to contribute to that project by creating an open-source software (Blue Brain BioExplorer) that could generate the images that stand aside of Cajal's originals. 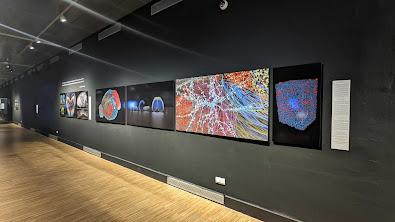 SARS-CoV-2 started spreading toward the end of 2019 causing COVID-19, a disease that reached pandemic proportions among the human population within months. The reasons for the spectrum of differences in the severity of the disease across the population, and in particular why the disease affects more severely the aging population and those with specific preconditions are unclear. We developed machine learning models to mine 240,000 scientific articles openly accessible in the CORD-19 database, and constructed knowledge graphs to synthesize the extracted information and navigate the collective knowledge in an attempt to search for a potential common underlying reason for disease severity. The machine-driven framework we developed repeatedly pointed to elevated blood glucose as a key facilitator in the progression of COVID-19. Indeed, when we systematically retraced the steps of the SARS-CoV-2 infection, we found evidence linking elevated glucose to each major step of the life-cycle of the virus, progression of the disease, and presentation of symptoms. Specifically, elevations of glucose provide ideal conditions for the virus to evade and weaken the first level of the immune defense system in the lungs, gain access to deep alveolar cells, bind to the ACE2 receptor and enter the pulmonary cells, accelerate replication of the virus within cells increasing cell death and inducing an pulmonary inflammatory response, which overwhelms an already weakened innate immune system to trigger an avalanche of systemic infections, inflammation and cell damage, a cytokine storm and thrombotic events. We tested the feasibility of the hypothesis by manually reviewing the literature referenced by the machine-generated synthesis, reconstructing atomistically the virus at the surface of the pulmonary airways, and performing quantitative computational modeling of the effects of glucose levels on the infection process. We conclude that elevation in glucose levels can facilitate the progression of the disease through multiple mechanisms and can explain much of the differences in disease severity seen across the population. The study provides diagnostic considerations, new areas of research and potential treatments, and cautions on treatment strategies and critical care conditions that induce elevations in blood glucose levels.
Full paper: https://www.frontiersin.org/articles/10.3389/fpubh.2021.695139/full?utm_source=fweb&utm_medium=nblog&utm_campaign=ba-sci-fpubh-covid-19-elevated-blood-glucose-blue-brain
Checkout the Blue Brain Portal for details on how the movie was made:
https://portal.bluebrain.epfl.ch/resources/software/exploration/
on May 03, 2021

I have just released the Blue Brain BioExplorer, a tool for scientists to extract and analyse scientific data from visualization. BBBE is built on top of Blue Brain Brayns, the Blue Brain rendering platform.

Assemblies are groups of biological elements, such as proteins, membranes, glycans, etc. As an example, a virion is made of a lipid membrane, spikes proteins, an RNA sequence, etc, and all those elements belong to the same object. That’s why they need to belong to the same container, the assembly. Assemblies can have different shapes: Sphere, Cube, etc, that are automatically generated according to the parameters of individual components.

Proteins are loaded from PDB files. Atoms, non-polymer chemicals and bonds can be loaded and displayed in various colour schemes: chain id, atom, residue, etc. Proteins also contain the amino acid sequences of the individual chains. Sequences that can be used to query glycosylation sites, or functional regions of the protein.

An RNA sequence can be loaded from a text sequence of codons. Various shapes can be selected to represent the RNA sequence: Trefoil knot, torus, star, etc. This allows the sequence to be efficiently packed into a given volume. A different color is assigned per type of codon.

Mesh-based membranes create membranes based on 3D meshes. This allows the construction of complex membranes where mesh faces are filled with proteins.

A simple API if exposed via the BBBE python library. The API allows scientists to easily create and modify assemblies, according the biological parameters. The BBBE programming language is not necessarily reflecting the underlying implementation, but is meant to be as simple as close as possible to the language used by the scientists to describe biological assemblies.

See here for detailed documentation of the source code.

BBBE binaries are publicaly available as docker images. BBE is designed to run in distributed mode, and is composed of 3 modules: A server, a python SDK, and a web user interface. This means that there are 3 docker images to be downloaded on run. Those images can of course run on different machines.

In this example, we will expose the server on port 5000, the python SDK jupyter notebooks on port 5001, and the user inferface on port 5002. One is free to change those ports at will. 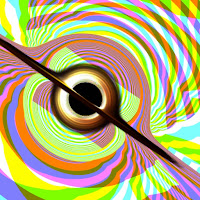 I recently needed to explain my young 10 years old nephew what a black hole was, so I ported the Black hole with accretion disk shader toy to Brayns.

A docker image is available:

Use the Blue Brain UI to visualize the Black Hole in your browser:

Explore it in VR from there:

Data is fake for now, but working on it... 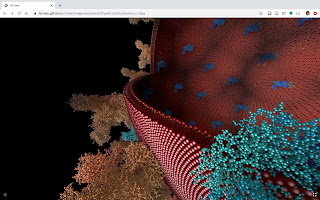 Incredibly happy and proud to have created the Blue Brain Project movie that is currently being displayed at the Centre Pompidou. A world class modern art museum located in Paris.

Biggest and Most Detailed Map of the Fly Brain

Thanks to the amazing dataset provided by HHMI Janelia, I had to to see it by myself, and decided to create the few renders below 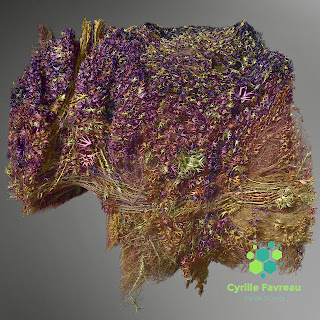 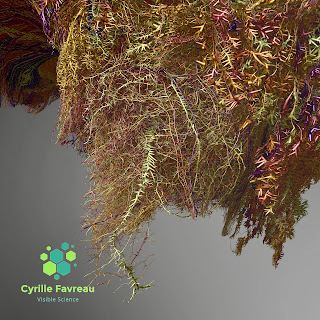 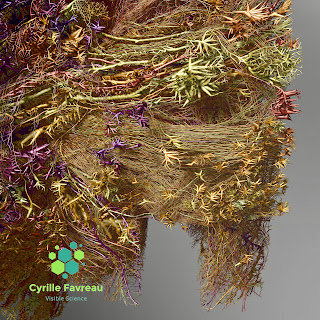 Dataset is downloadable from here: https://www.janelia.org/news/unveiling-the-biggest-and-most-detailed-map-of-the-fly-brain-yet 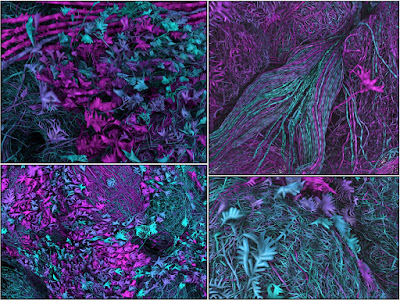 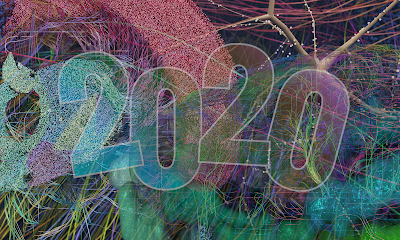 Hemispheres of the Mind

Hemispheres of the Mind is a collaboration between the EPFL Laboratory of Experimental Museology and the EPFL Blue Brain Project for the ArtLab Infinity Room II 2019.

Special thanks to Grigori Chevtchenko for the fisheye camera implementation, and Paweł Podhajski for allowing the deployment of Brayns on the Blue Brain Supercomputer. 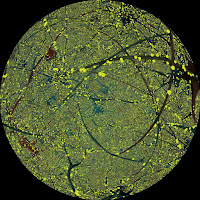 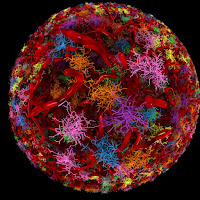 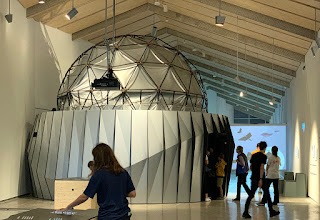 Results of months of work at the Blue Brain Project 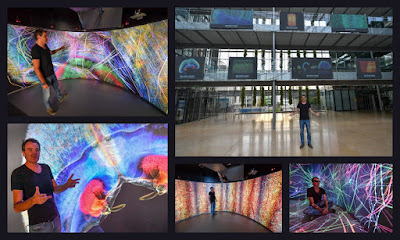