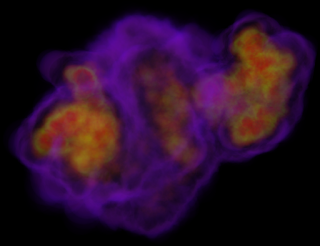 SIMDVoxelizer is a CPU-based voxalizer taking advantage of vectorization units to speed up creation of 8bit raw volumes.

Input file is a binary array of floats: x, y, z, radius and value of elements. Each voxel of the final volume contains the sum of all elements with a weight that correspond to the value of the element divided by its squared distance to the voxel. Note that in the final volume, values are normalized.

This is currently a brute force implementation that produces accurate 8bit volumes.

The <output_file> is suffixed by the size of the volume.

SIMDVoxelizer makes use of the Intel ISPC compiler and requires ispc to be in the PATH.

To build SIMDVoxelizer, simply run make in the source folder.


It's there, merged and operational in Brayns, and the first results are quite exciting.

Mixing volume rendering and ray-tracing allows more control on atmospheric effects which, in the case of neurosciences, can be used to represent the electromagnetic fields surrounding the neurons. 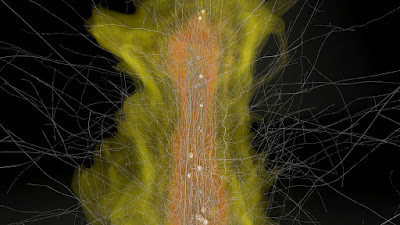 I am currently working at adding Volume Rendering to the existing Brayns implementation. Using volumes clearly is the way to go to represent the activity that takes place outside of the geometry. Ray-tracing, on the other hand, concentrates on high quality surface rendering, processing shadows and other global illumination.

Many thanks to my colleagues  Raphael and Grigori without whom that development would have taken a few more days!


Currently in my volume branch, but soon to be merged into master!! 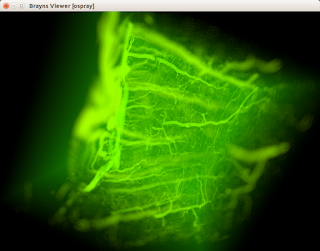 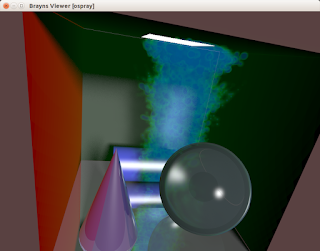 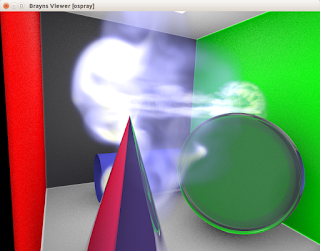